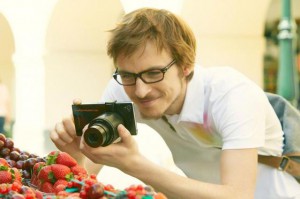 That is the score I received after taking Pew Research Center’s “How Millennial Are You?” quiz. The items that are listed to figure out just how “millennial” you are range from how much television you watch to if you have tattoos and piercings. The quiz made me think about how our generation is defined and what outsiders to the generation think when they see a 20-something year old with a different outlook on what is expected in the workplace. The quiz has a debriefing after you have completed it to explain why certain questions were asked and how the millennial generation has affected each of the items described. I found the quiz interesting because most of the items asked dealt with physical attributes rather than emotional ties; something earlier generations were more attached to. Take the quiz here and see where you fall on the scale.

Well, if millennial’s are going to be explained by their physical attributes, they better have the most up-to-date gear. Tech geeks prepare. Sony has launched its new “lens-type” camera (pictured above); a lens that attaches to your phone to enact as a camera. Yes, it is the new age of the digital world as we know it. Instagram pictures will be revolutionized. Vine videos will never have been so clear. And Pinterest, you will never have had as much content uploaded before.

Talking about geeks, it is time to say farewell to a beloved anime director that brought us such films as My Neighbor Totoro, Spirited Away and Howl’s Moving Castle. Hayao Miyazaki released his last film this summer (soon to be released in the United States) The Wind Rises. The film’s title makes it clear Miyazaki was waiting for his farewell to go out on symbolic limb (Gone With the Wind), as all his films deal with recurring themes and motifs of good and evil, love, environmentalism, pacifism, politics and feminism to name a few. Farewell Hayao Miyazaki.